ICEACSA CONSULTANTS AWARDED THE DRAFTING AND PROCESSING OF THE DELIMITATION OF SPACES AND PORT USES (DEUP) AND SPECIAL PLAN FOR PORT DEVELOPMENT (PEOP) OF THE PORT OF VIGO. 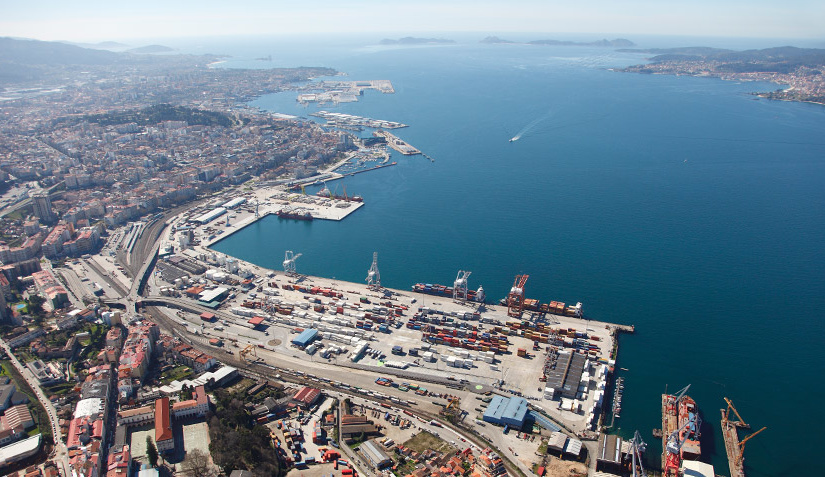 THE PORT AUTHORITY OF VIGO AS THE PUBLIC OWNING THE PORT OF VIGO CONTRACTS ICEACSA CONSULTANTS THE DRAFTING OF BOTH URBAN DOCUMENTS THAT WILL ALLOW A NEW PLANNING OF THE PORT SPACE AND AN ADAPTATION AND URBAN RESTRUCTURING ACCORDING TO THE NEEDS OF CURRENT PORT OPERATION AND THAT WILL INTERVENE ON THE PORT SERVICE AREA THAT EXTENDS OVER FIVE MUNICIPALITIES SO IT WILL HAVE A SUPRAMUNICIPAL CHARACTER.

The Port of Vigo, as a commercial port of general interest, is a very important infrastructure for the development of the productive economy of its area of influence and a strategic element of the logistics chain for the companies of its hinterland.

The Port is currently in a phase of growth and consolidation of its traffic, among which is the traffic driven mainly by the implementation of the Atlantic Sea Highway and the consolidation and creation of new commercial lines. On the other hand, general cargo traffic is consolidated, both containerized and non-containerized, with the port of Vigo being the leader in this type of merchandise in the northwest of Spain. In addition, Vigo continues to be the port of reference in Spain and Europe in the movement of fresh fish destined for human consumption and its service area houses a large number of facilities and auxiliary services for this industry. Finally, the port of Vigo also receives numerous calls from cruise ships that have a great social and tourist repercussion in the port hinterland.

The Port Authority of Vigo is currently tackling the integral planning of the port, as a fundamental instrument for enhancing its value as an essential factor for the economic and industrial development of the region in particular and of the community in general.

Within the framework of this integral strategy, the necessary actions are currently being developed to achieve the port planning instruments defined in the TRPEMM (Revised Text of the Law on State Ports and the Merchant Marine), giving rise to the need to draft and process the SPECIAL PORT ORDERING PLAN (PEOP) as the necessary planning instrument to articulate the necessary coordination between the administrations with concurrent competence over the port area. The objective of the Special Plan is the urban planning of the port space, which must include the necessary measures and forecasts to guarantee its efficient exploitation and its connection with the general land transport systems. The formulation of the Special Plan requires the prior approval of the DELIMITATION OF SPACES AND PORT USES (DEUP), as this is the instrument that defines the scope of application of the determinations of the Special Plan, including the environmental processing to ensure an adequate level of environmental protection (in accordance with Law 21/2013), in order to promote sustainable development, consistent with the Blue Growth Strategy in which the planning of the Port of Vigo is framed.

ICEACSA Consultores has designed multiple Special Plans and Delimitations of Port Spaces and Uses, highlighting among others the Special Plan of the Punta Langosteira Dock (Outer Port) of A Coruña.