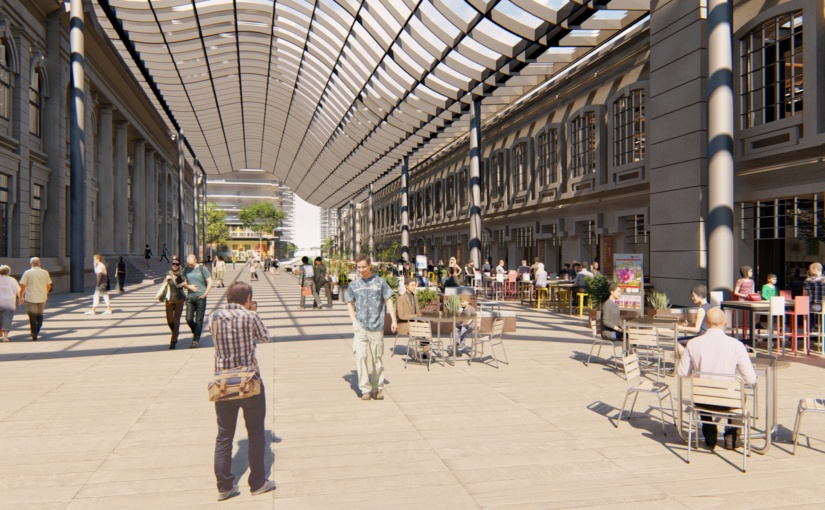 ICEACSA GROUP TOGETHER WITH BONUS INVESTMENT BANKING WILL BE RESPONSIBLE FOR STRUCTURING THE BUSINESS MODEL FOR THE DEVELOPMENT, CONSTRUCTION AND OPERATION OF THE BRONX CREATIVE DISTRICT FOR THE CITY OF BOGOTA WITH THE COLLABORATION OF BAKER MCKENZIE.

The Urban Renewal Company and the Gilberto Alzate Avendaño Foundation selected the Consortium to carry out the work of structuring the integral feasibility of the project, which will generate the business model for the Bogota administration to contract and develop this icon of the orange economy.

The Bronx Creative District brings together a city creation project that combines the impulse of the creative industries with the urban renewal of one of the areas of greatest historical significance in Colombia.

This environment, located between 9th and 10th streets on Caracas Avenue, in the 18th century was the Huerta de Jaime, an open space on the outskirts of the town of Santafé de Bogotá, and because of this condition, already in the 19th century, it housed part of the struggles between centralists and federalists. It witnessed executions during the Regime of Terror that followed the wars of independence and formation of the Republic of Colombia, and that identified this sector of the city as Los Mártires. The Republican Bogota and with modernist eagerness saw the emergence of the National School of Medicine (“La Facultad”) in 1916 and shortly after the Colombian Geological Museum (“La Flauta”) in 1940. After the Bogotazo of 1948, the progressive deterioration and abandonment of Bogota’s historic center degenerated into pockets of illegality and delinquency that nicknamed the area “Bronx”, until it was retaken again in May 2016 leaving an area with needs to reintegrate into the city and the social fabric. This work will be promoted by the “Bronx Creative District” as an environment induced by entrepreneurship and creative industries.

Bronx Creative District will have investments of about 38 million USD and will include a proposal of intervention that includes the union of La Facultad and La Flauta, the two main buildings declared Heritage of Cultural Interest keeping intact their facades and general structures. The buildings will be joined by a translucent roof over Race 15, which will give space to a plaza, where events related to the creative industries can be held. A new building will be included, which as a whole will house spaces for creation and marketing, studios, workshops, galleries, a museum house and areas for cafés and restaurants