ICEACSA Mexico has been awarded the supervision and control of the completion of the viaduct connecting the Mexico-Toluca federal highway with the Solidaridad Las Torres boulevard, State of Mexico. 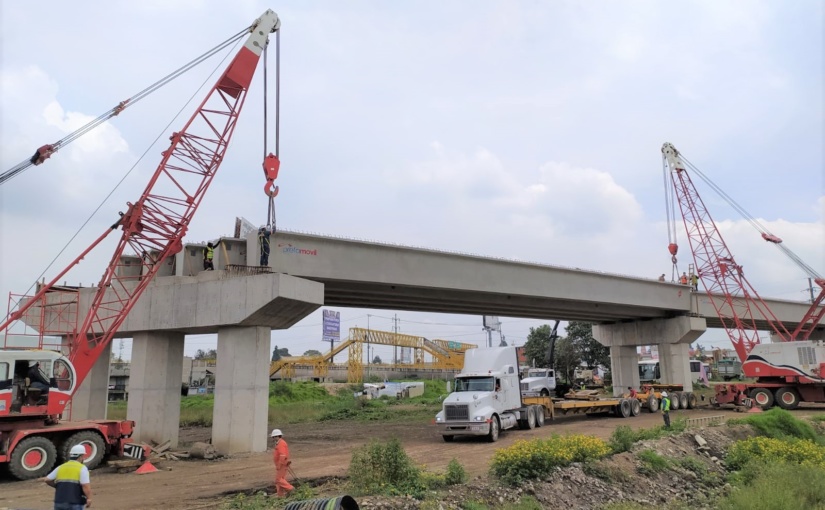 The viaduct has a total length of 1,200 metres, including the entrance and exit ramps, and a roadway width of nine metres with two lanes of traffic.

With the construction of this infrastructure, the Government of the State of Mexico, through the General Directorate of Roads of the Secretariat of Mobility, will be able to clear part of the traffic that circulates along the Paseo Tollocan Avenue, directly connecting the Mexico-Toluca federal highway with the Solidaridad Las Torres boulevard; also generating an alternative of communication with the nearby tourist centres: Valle de Bravo, Nevado de Toluca and the Monarch Butterfly Biosphere Reserve.

The viaduct is made up of twenty-seven spans, of variable lengths between twenty and forty metres, the superstructure is made of prefabricated concrete beams, and the foundations are deep by means of footings and foundation piles that reach an average depth of twelve metres. The approximate investment amount for the construction is twelve million dollars.

With this contract ICEACSA Mexico reinforces its experience in supervision, surveillance, monitoring and control of the construction of transport infrastructures.