PUBLISHED SPECIFICATIONS FOR THE CONSTRUCTION OF THE CREATIVE DISTRICT BRONX, PROJECT STRUCTURED BY ICEACSA. 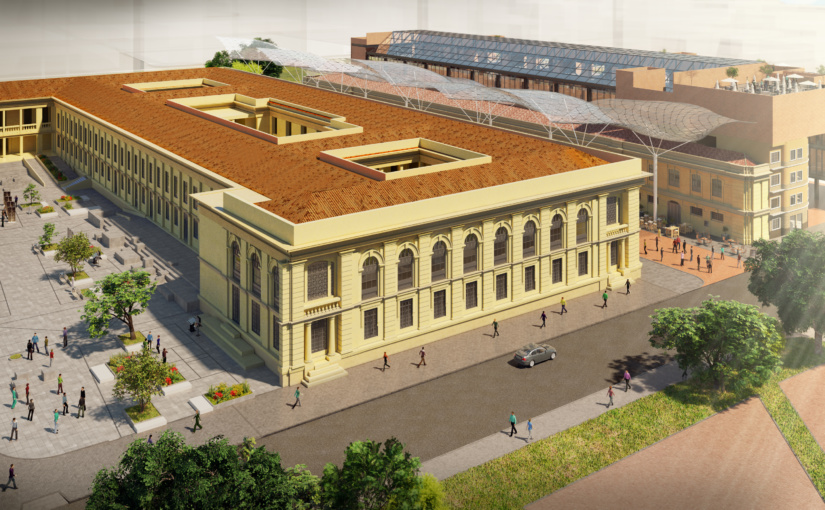 THE GILBERTO ALZATE AVENDAÑO FOUNDATION (FUGA) HAS JUST PUBLISHED THE FINAL BIDDING PROCESS SPECIFICATIONS FOR THE CONSTRUCTION AND OPERATION OF THE PROJECT.

The BCD Consortium (ICEACSA – Bonus Banca de Inversión) is carrying out the Integral Structuring of the Project that includes the legal, technical and financial components of the urban regeneration action.

The Bronx Creative District is a project of the Mayor’s Office of Bogota that seeks to be a trigger for the development of creative and cultural industries in the city of Bogota. It will be a 35,000 m2 space built on the footprint of the old Bronx that contemplates the integration of two heritage buildings and will become the heart of the creative ecosystem of the city. This will be the first Creative District of Colombia.

On September 2, the final bidding specifications were published and the process information is available to all interested parties and potential bidders on the SECOP II platform. Both national and international bidders will be able to participate and the award is expected to take place in the first week of November.

The Bronx Creative District is developed in two heritage buildings that are Goods of Cultural Interest. The old Faculty of Medicine of the National University and the building known as The Flute will be restored, and by means of an architectural integration that unites the modern with the patrimonial, a new building will be constructed in which there will also be a space for the memory.

The winner of the tender will be in charge of the execution of the Preoperative stage, composed by the definitive studies and designs and the obtaining of licenses and permits; the construction stage of the works and the stage of operation, maintenance and development.